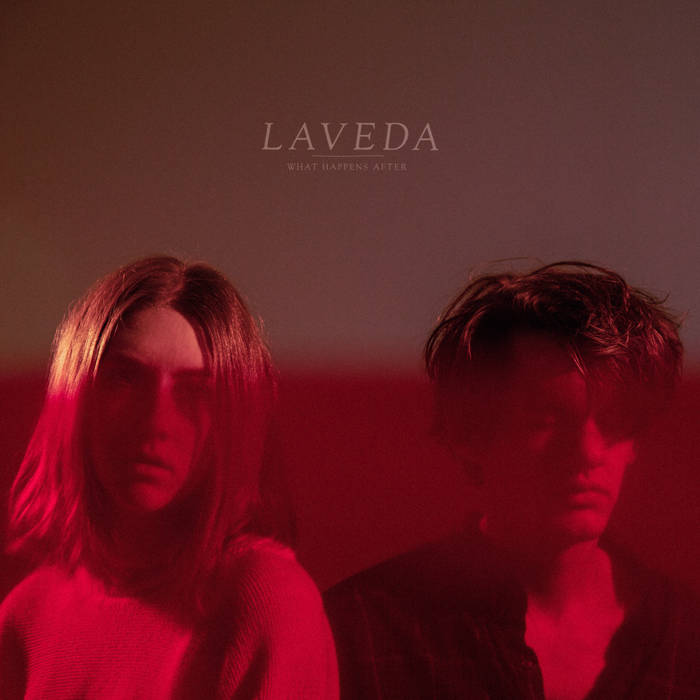 When The Sun Hits

In Laveda’s debut LP, What Happens After, subtle guitar strums fade away, and instantly you’re swept into a wave of cathartic distortion and noise. Echo-laden guitars house a constant riff before opening up to vocals by Jacob Brooks, and later, Ali Genevich. It’s a meticulous and equally moving sound, crafted through hours of experimentation in the studio. “The overdubbed guitars recorded with Dylan Sky at Hook & Fade became a big factor,” says Jake. “The different saturations all happening at once (panned wide) contribute to the huge, crushing feel.”

Creating “Ghost” opened the door to the heavier rock/shoegaze sound that Laveda worked to harness throughout the rest of the record. “It was the song that invented our sound,” says Ali. “If we had never written it I don’t think the rest of the record would sound the way that it does. It felt obvious and just right to make it the first track on the LP because it laid the foundation for all our other songs.”

Deeper into the album, lyrics depart from their literal meaning. Verses and loud feedback become another means to describe feelings, at times through the lens of a drawn-up protagonist, What Happens After allows room for interpretation. “I feel like the album is full of big and unanswered questions,” adds Ali. The way I interpret the album is that it’s one big rabbit hole that I’m falling down. I’m falling, anticipating that I’m going to hit the bottom at any moment, but I haven't and I’m still falling.”

In regards to the album’s name, the songs helped create the title. “Better Now” touches on what happens after our environment has changed, and “Rager” adds to the concept, looking at the end of our world as we know it -albiet it in a more of a romanticized, angry tone.

“I think our generation is always thinking about what’s going to happen next. Asking questions and also trying to answer them. Although we can make many scientific and educated assumptions as to what ‘after’ will be and look like, whether it be positive or negative for the environment, for love, for the overall human race, there is no real way to see into the future. All we can do is continue to do the best that we possibly can and hope that what happens is what we’ve anticipated.”

Track Name: Ghost
Silent sound
Watching how the rain fell down
Somewhere I never thought to be so close
And I can’t calm down
Stand by watch you drown

Faith, pain will subside
In the night I’ll close my eyes
And when will time move on
Oh god I’ve had enough
Stay I’ll go outside

And I don’t know why
This life left behind
Track Name: Better Now
Find me a neverland
Where we see no end
Hold me and my hand
Sleep still while I can
Find us a neverland

Find me a neverland
Where we see no end

Sometimes I feel like I can only describe the world in words that don’t even actually exist and even if I’m not physically here, even if I’m transparent to everything that’s surrounding me dispute all that I still think it’s all fucking amazing.

Our mistake
Track Name: Dream. Sleep
Heart is sound to let go
Did you think I could leave my home

Bandcamp Daily  your guide to the world of Bandcamp

Featuring Gary Bartz, 5 years of Rhythm Section Intl and an LP of the week by Nicolas Jaar